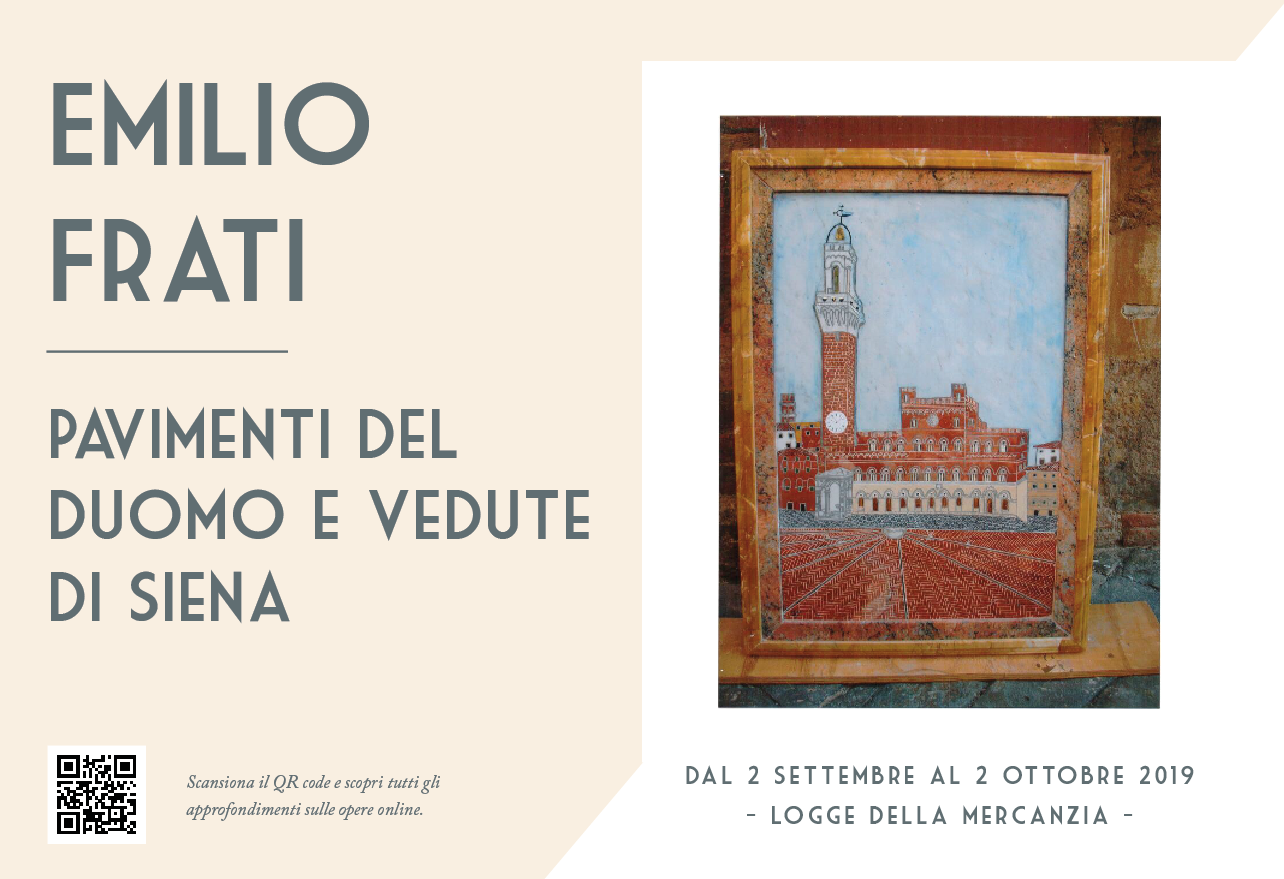 Setptember 2019 I’ve organized for him this exhibition, thanks to “Il Circolo degli Uniti“, a private club in Siena, that own the beautiful Loggia della Mercanzia; it was such an honor and pleasure for me to make his dream comes true!!!
Emilio Frati was born in Siena on 24 November 1934. Ever since he was a boy, he has been driven by an insatiable passion for the arts, above all sculpture and marble and semiprecious stone craft.
After completing six years of schooling and an apprenticeship at the Accademia di Carrara , he was admitted to the Opificio delle Pietre Dure in Florence – a leading institution in the field of art restoration – and became an expert in the techniques of mosaic and inlay restoration and conservation under the guidance of established masters.
For a number of years, Emilio worked on the restoration of the magnificent floor of the Cathedral of Siena. He conducted painstaking research on the medieval and Renaissance craft tradition and became an expert in such techniques. Emilio is also an authority on the marble quarries around Siena from which the original materials derived, and from which, centuries later, the marble for the restoration works was extracted under his supervision.
Today, one of Emilio’s dreams comes true. This exhibition is a tribute to his career and a public acknowledgment of the artist and the craftsman. Visitors can now admire a few samples of his work, namely some small-scale reproductions of the marble marquetries of the Cathedral floor (please note that the floor is entirely visible from August to October only), as well as several typical views of Siena. Although Emilio retired many years ago, he keeps working for Siena, its churches and palaces, and the Contrade. You can visit him, and see many of his other works, at his workshop on Via degli Archi.

You can find out more about which cookies we are using or switch them off in settings.

This website uses cookies so that we can provide you with the best user experience possible. Cookie information is stored in your browser and performs functions such as recognising you when you return to our website and helping our team to understand which sections of the website you find most interesting and useful.

Strictly Necessary Cookie should be enabled at all times so that we can save your preferences for cookie settings.

If you disable this cookie, we will not be able to save your preferences. This means that every time you visit this website you will need to enable or disable cookies again.

This website uses Google Analytics to collect anonymous information such as the number of visitors to the site, and the most popular pages.

Please enable Strictly Necessary Cookies first so that we can save your preferences!